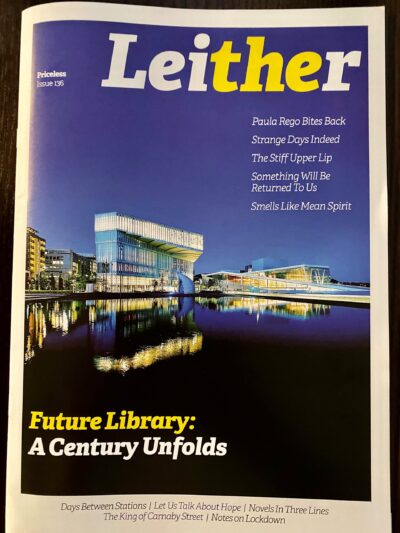 There are a number of dates of importance to many Leithers. For instance, there’s 21 May 2016 for those who are Hibs fans! There’s the historically significant Leith Dockers’ strikes of 1913. And, of course, for those interested in Leith’s identity, there’s January 1920. It was then that Leith Town Council organised a Plebiscite of the 39,000 ratepayers of Leith, asking the question: “Should Leith amalgamate with Edinburgh or not?” In a 90% turnout, Leithers voted 6 to 1 against amalgamation. However, despite a second referendum, requested this time by the House of Lords, which again produced an overwhelming majority against, Edinburgh pressed ahead with amalgamation regardless. And on 2 November 1920 Leith was officially annexed by Edinburgh.

The folk memory of that experience still endures with a lot of people today. From the answer folk give to the question “Where are you from?” to the title of this magazine, Leith has always prided itself on having a different identity from Edinburgh as a whole. As a community, Leithers see ourselves as more down to earth, and perhaps a bit more rebellious, than neighbouring areas. We pride ourselves on our commitment to pulling together in challenging times – and we’ve certainly seen that in response to the Coronavirus pandemic. In a remarkable outpouring of community spirit, people have made contact with their neighbours, offered support to older and more vulnerable people, and found ways to come together to ensure no one is left to face these difficult times alone. And there’s also been the mass sing songs of “Sunshine On Leith” during lockdown – I can’t wait to do that again on Leith Walk when we celebrate the end of the pandemic together!

Last year, our sense of local solidary was also shown when we came together after an alleged racist attack on the Gurdwara. Together we gathered in a vigil outside the temple, to reaffirm how much the Sikh community, and our collective diversity, is an inherent and cherished pillar of Leith. And recently we’ve felt that sense of solidarity again as part of the Black Lives Matter movement, though in a more socially distant way to stay safe from catching or spreading the virus.

It would be naïve and inaccurate to suggest that there have never problems with racism in Leith, which sadly still exist today. There is always more work to do to tackle discrimination, and I am absolutely committed to doing as much as I can as your MSP. Together, let’s collaborate to do more to tackle racism and xenophobia. And, as part of that, let’s recommit to making Leith an even more tolerant and pluralist place in the years ahead.

As a port community, Leith has always been open to new people settling here from all over the world. By and large, Leith does look outwards – but let’s not be complacent about that. In the vast majority, Leithers welcome new Leithers – embracing and amalgamating cultures, cuisines and traditions, as an increasingly and proudly intercultural society – and let’s build on this.

Leith is big enough, emotionally and physically, to contain and embrace different nationalities and different faiths, and different social backgrounds too. Leith has always been a mix – from the grand houses along the front of the Links to the traditional tenements. And in response to all the challenges we face right now, in this chapter of our history, let’s aim to create a Leith that’s even more diverse and inclusive, in the broadest sense… Imagine, how vibrant and connected could Leith be by 2120?

Leith’s economy, like Scotland’s, has dramatically changed over the last thirty years. All the heavy industry has gone and new industries have emerged, such as renewables, the creative sector, tech and hospitality. Leith’s talent for innovation and imagination has endured and evolved, and this puts us in a strong position to build an even more successful Leith as we move out of the Coronavirus downturn.

And what will also be important in the coming years is Leith’s rebellious spirit, which is still very much alive! Like in 1913 and in 1920, we saw Leith’s activism during the recent successful shared effort to preserve the sandstone building on Stead’s Place, centred around the Save Leith Walk campaign. The strength of local engagement in Leith, and our passion for justice, will drive us to create a fairer Leith in the times ahead – and this is really important.

Sandy Campbell, Director of Workingrite, has a wonderful expression that “Leith is a state of mind”.  In keeping with that broad, optimistic, inclusive spirit, in these challenging times, and in this centenary year since the Plebiscite, let’s take inspiration from all that’s been achieved in the last 100 years and what Leithers have done to help one another along the way. This is a difficult year, but our history reminds us to be hopeful. Persevere.