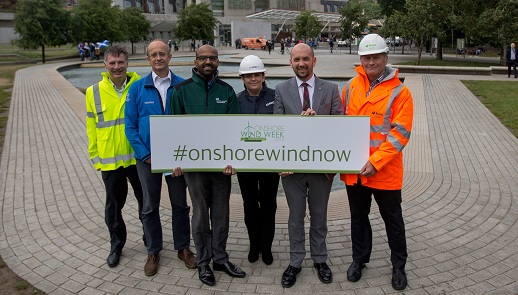 From reducing fuel poverty to tackling climate change, from developing new technology to strengthening our economy, the provision and production of energy in Scotland is an ever and increasingly important issue. That’s why the SNP Scottish Government is taking strong and determined action to make Scotland energy-ready for the future. The recent confirmation that we will soon have a not-for-profit, publicly owned energy company is proof of this commitment.

The First Minister’s recent announcement at SNP conference paves the way for us to be a world-leader in clean, green and, crucially, affordable energy generation and provision.

This new energy company, powered by renewables, has the potential to bring transformational change to communities across Edinburgh and the rest of Scotland.

By being not-for-profit, we can help put an end to rip-off energy prices – to tackle fuel poverty and ensure that more people can afford to heat their homes. The introduction of a new Warm Homes Bill, during this parliamentary year, will also be an important part of that process.

Over winter in particular, the cost of energy can have a real impact on family budgets and people’s well-being – that’s why the Scottish Government is leading the way, finding solutions and developing strategies to put the people’s interests first.

The decision to ban fracking, which will be debated at Holyrood today, will also support these efforts. The fact that 99% of consultation respondents support a ban on fracking means that the Scottish Government’s position, which is that fracking should not happen in Scotland, is in line with the vast, vast majority of Scots. And the decision to ban fracking is a welcome boost for those communities most opposed to the idea – as well as a vote of confidence in our renewable energy sector’s capacity, to generate the power we need in the years, months and decades ahead.

Scotland continues to make world-leading progress when it comes to developing and generating renewable energy. This innovation and success is clear for all to see. For instance, there is the progress being made by tidal energy developers like Leith based Nova Innovation, and there have been major achievements like the creation of the world’s first floating wind farm in the North Sea, the Hywind project, which began generating power last week.

For many years now the Scottish Government has given strong support to our renewable energy sector, despite subsidy arrangements and other aspects of energy policy still being reserved to Westminster. In contrast, unfortunately, the UK Tory government has shown little support for either emerging or established renewable technologies, by nonsensically slashing subsidies for onshore-wind and solar and by refusing to specifically support marine energy technology development. Too often Tory UK energy policy absurdly panders to exaggerated aesthetic concerns about windfarms, instead of focusing on making the most of our potential and tackling climate change – this is holding back, and sometimes damaging, Scotland’s ability to build on our comparative advantage as a leader in renewable development, capacity and innovation. This is already affecting jobs and economic progress, and the UK Government’s damaging hard Brexit proposals look set to deal another blow to our world-leading renewables sector.

Nevertheless, while the Tories are mismanaging the economy and divided over Brexit, we in the SNP are focused on making Scotland better and building for the future – and whether it’s by phasing out new petrol and diesel cars by 2032, creating a publicly owned energy company or banning fracking, we are determined to make sure Scotland is competitive, environmentally responsible and pioneering when it comes to generating, providing and utilising our remarkably substantial energy resources.
Originally Published in the Edinburgh Evening News, October 2017
Photo: Scottish Renewables, June 2018